Thanks to:  Sergio "The Pope" @sergio_thepope

Legend tells about the tragic day, on which demons and spirits invaded the old monastery. The monks, taken by surprise, fought bravely, but it was not enough to hold off the attack. Many perished and others were taken prisoner.

The only hope was Sheng-Li, a young apprentice with incredible power. They called him the Yokai Monk and he mastered the Wandering Spirit technique.

With it, he could project his spirit outside his body and, in this way, enter the soul of his enemies to control them at will.

Inside a dark cell, Shen-li meditated and repeated himself: The confinement is only for the body, never for the spirit, EACH ENEMY IS A WEAPON.

Q - Up / Jump(when you control an anemy)

A - Down / Releases the spirit when controlling an enemy.

H - Return to the first level.

* The goal of each level is to control enemies using Sheng-Li's spirit to eliminate them,     either with the environment or with each other. When there are no enemies, the      spirit can return to the monk and then head to the door and go to the next level.

Demon(ONI) : Only character that can shoot – the number of tridents available per level is displayed at the bottom left of the screen. 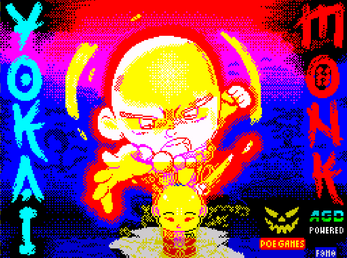 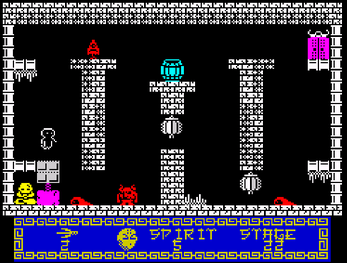 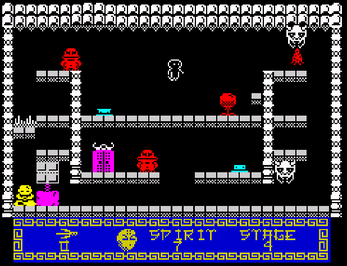 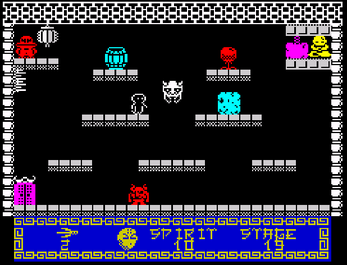